Struggle and/or lyricism − The final chapter: an exhibition in homage to Seiji Tsutsumi/Takashi Tsujii 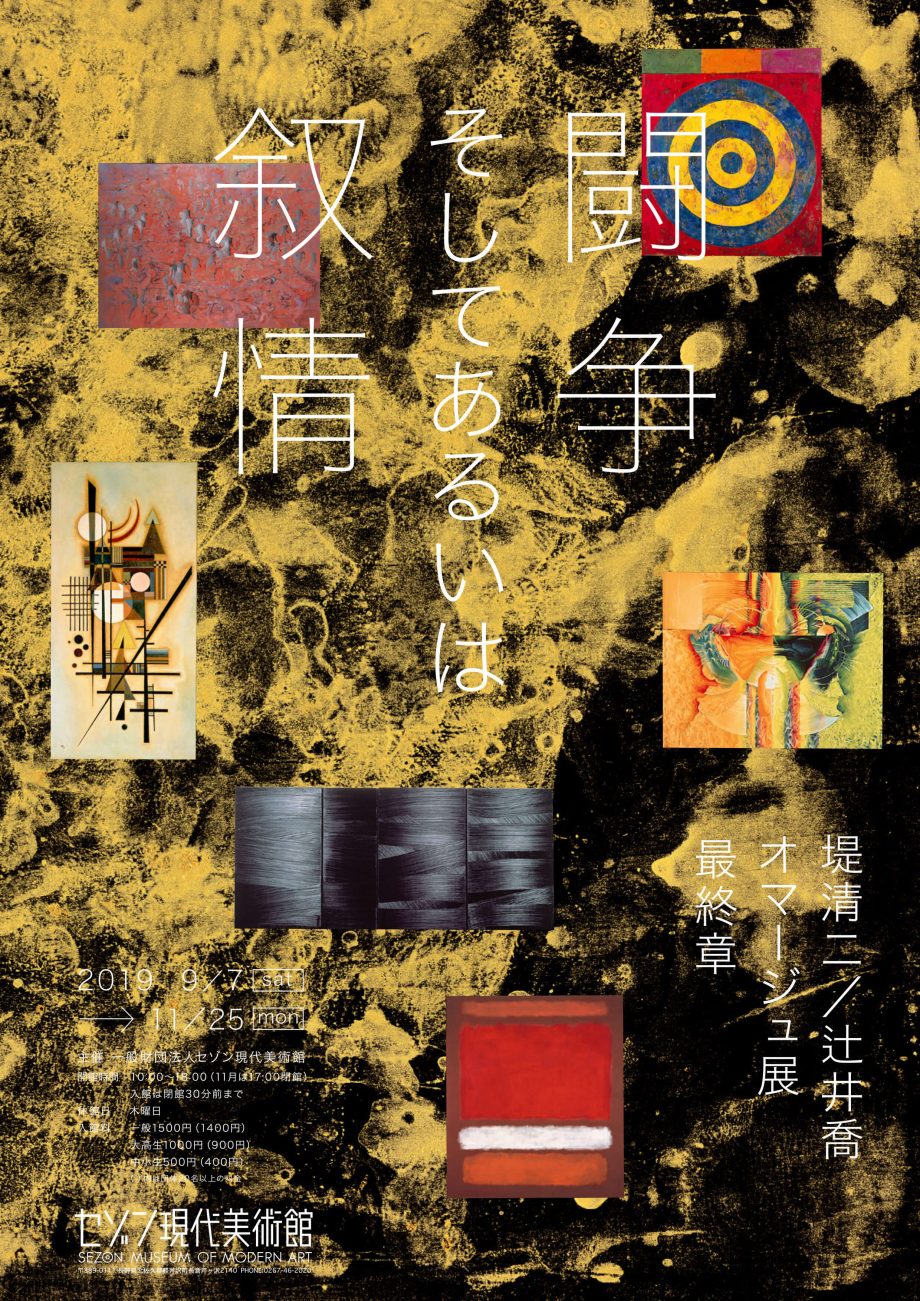 Having developedSeibu Department Stores, Seiyu supermarkets, Parco, FamilyMart, Seibu Credit, Muji, Yoshinoya, and other companies into leading businesses in the foods and consumer goods industries, Seiji Tsutsumi (1927-2013) is known as a revolutionary manager of his time.

Opened in Karuizawa in 1981, the Sezon Museum of Modern Art goes beyond distinctions such as manager, poet, or author, and should truly be described as a collaboration between Seiji Tsutsumi and Takashi Tsujii. The reference in the Museum’s opening declaration to a “physical base for the spirit of the times” is widely known as reflecting the thought and sensibility of Seiji Tsutsumi and Takashi Tsujii. November 25, 2019, will mark the sixth anniversary of the death of Seiji Tsutsumi/Takashi Tsujii, and this exhibition takes a look at the world that he created through a collection of artworks that he loved, his literary works and manuscripts by his own hand, cherished belongings, as well as the works and valuable materials of artists with whom he interacted.