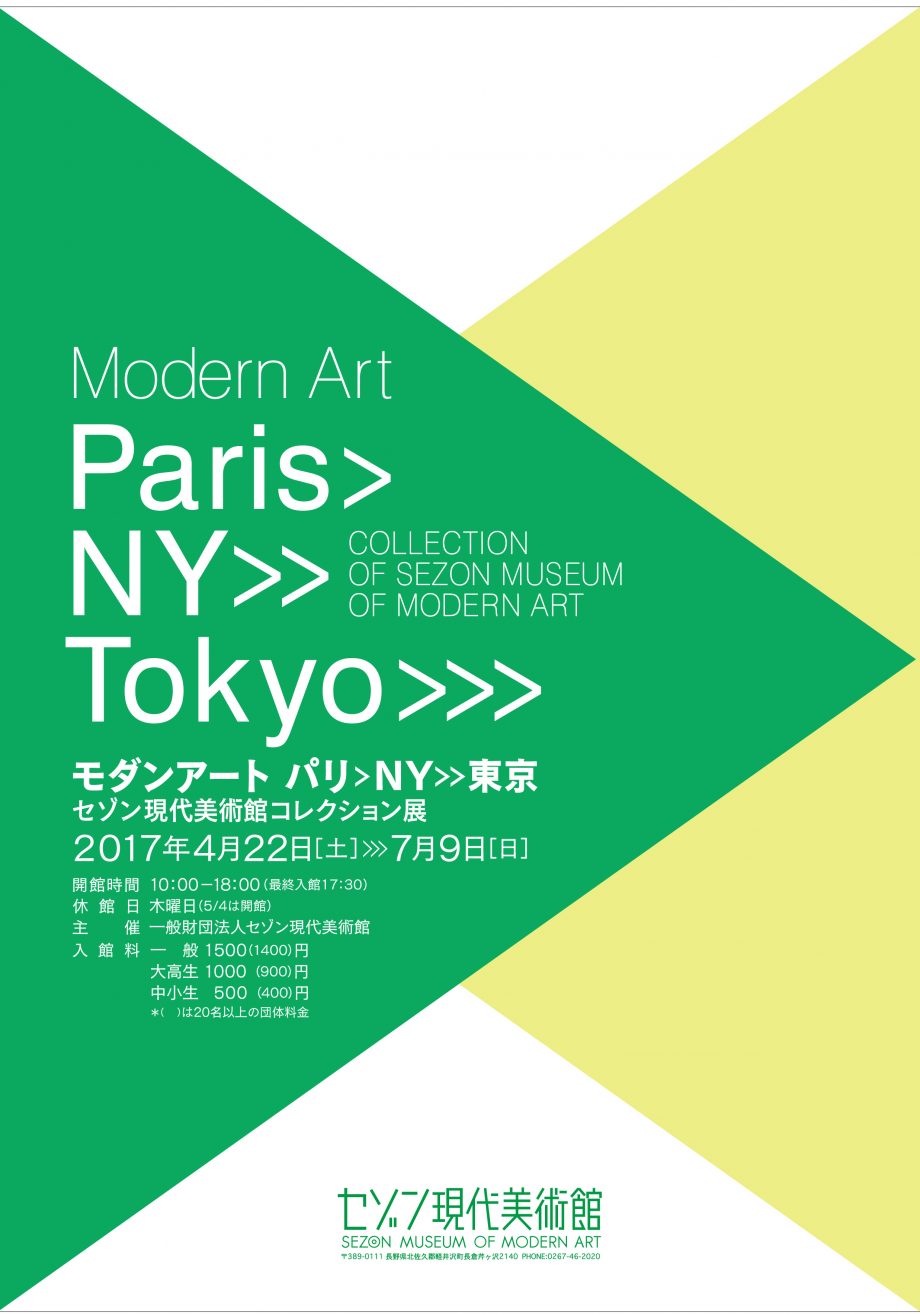 Avant-garde art, which sprouted in Europe with Paris being the center of the scene in the early 20th century has crossed the pacific ocean, and has made a broad spread in New York where it escaped the fire of World War II. On the other hand, although being influenced by the art movement in Europe and America, various artists with their own mind and expression, which was not only a copy of the West have emerged one after another in post-war Japan.
An exhibition will be constructed with the theme being the following three cities of Paris(once called the city of art), New York(where avant-garde art such as pop-art gave birth),and Tokyo(evolving in its own way being influenced by the two cities mentions); tracing the flow of Modern Art up to the present.